The Village of Williamsville’s next election will be held from noon to 9 p.m. Tuesday, June 21, at Village Hall, 5565 Main St.

This is a special election to fill two seats once held by previously elected trustees, both of whom vacated their positions prior to the conclusion of their terms.

The seats held by current board trustees David F. Sherman and Matt Carson are mayoral appointments that are valid through June.

The top two vote-earners will be elected. Both board seats carry one-year terms.

Below is an image of the official ballot. 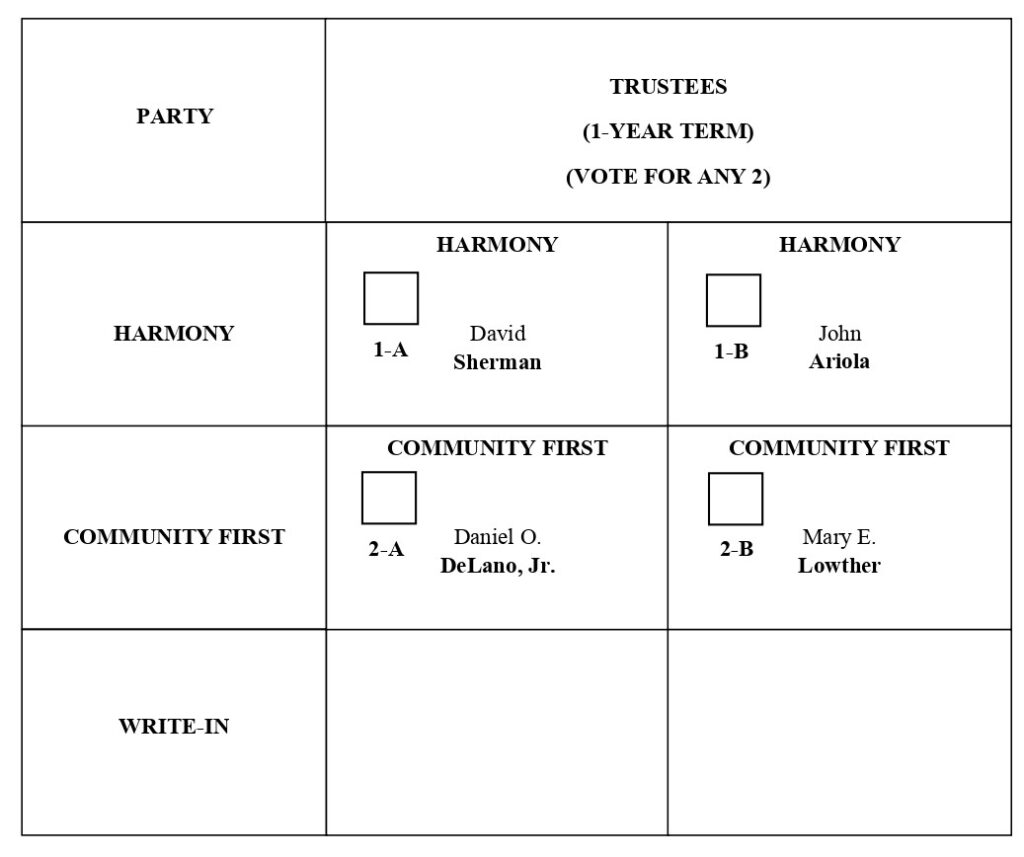 Village of Williamsville elections are generally held in odd years, on the third Tuesday in June.

Full terms of office are four years each. There are no term limits.

The Village Board consists of four trustees and a mayor. Also elected every four years is the term of village justice.